An age old tradition in the life of a Provençal family, are enjoyed after Gros Souper, which is equivalent to our Christmas dinner.  The origin of the Thirteen Desserts seems to be part of the tradition of opulence in the Mediterranean regions. Combined with the religious element, this tradition gave the Christmas season its festive character well before gifts inundated households.

The thirteen desserts are in reference to Jesus and his twelve apostles at the Last Supper. As tradition goes, there must be at least thirteen sweets available. They are all served at once, and each guest must have at least a small bite of each dessert.

Upon returning from Mass, the table was set with three tablecloths representing the Holy Trinity, upon which the Thirteen Desserts were set. Based on the symbolism of the Last Supper, with Jesus surrounded by his Apostles, tradition forbids seating 13 people at the dinner table… but the rule doesn’t apply to food! Out of this Provençal tradition, we have ended up with a few mainstays and a thousand and one local adaptations.

Fougasse or pompe à l’Huile, an olive oil flatbread, is eaten with grape jam made during the last harvest season. The tradition is to break the bread into individual servings with the fingers, rather than cut the bread with a knife. Legend goes that this protects one’s wealth from bankruptcy in the coming year.

The Pompe à l’huile (olive oil brioche), or la Pompo, becomes a Gibassié when it’s sprinkled with sugar and broken into pieces as Christ broke the bread

A platter of fresh fruit usually counts as one dessert, and is always served after Gros Souper. It can be a selection of the precious oranges of our forebears, the mandarins and clementines from Corsica, the apples and pears from the Alps and the Verdau (green) melon (Cavaillon prides itself as the “Melon Capital of the World) that is preserved in straw all winter long. Any combination of seasonal fruit is welcome, and fresh berries rarely make the list, although they would be considered acceptable, as well.

Nougat of the Capuchins, ancestor of the fruity delicacy, is a fig stuffed with walnuts.

Dates —you must find the “O” on its pit that Mary or the Baby Jesus (according to the different versions of the story) supposedly exclaimed at the sight of this fruit.

White Nougat (Nougat de Montélimar) and Black Nougat. Aside from the Christian theme, the  nougats mark the passage to the winter solstice, the longest night of the year.

In Apt, there are the Preserved Fruit.

In Aix-en-Provençe, the Calisson biscuits,

In Marseille the Navettes and the Croquants,

In Nice the Almond Pastes.

And finally, NEVER to be missed, the Bûche de Noël

All of t this can, of course, be purchased from stores, but you might want to try your hand at the making of a traditional Bûche de Noël, the French equivalent of a Yule Log. The recipe is to be found on our website on a separate page.

To give credit where credit is due, the above blurb is a compilation from several web sites, primarily the one from L’Occitane de Provençe, personal knowledge and private recipes. 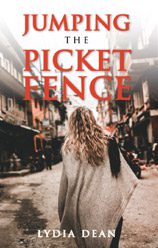 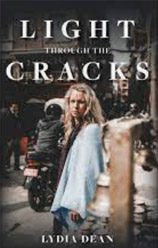